Yes, you read the headline right – New York City’s biggest real estate rival isn’t thousands of miles away in California, but just a hop, skip, and a boat ride away in Toronto.

Canada’s largest metropolitan area has grown so quickly over the last several years that real estate market analysts are now saying that Toronto’s housing market might be even stronger than NYC’s.

If you find that hard to believe, you’re certainly not alone. But the numbers don’t lie, so let’s take a look at what makes Toronto’s real estate market just as hot, if not hotter than the market in New York City right now. 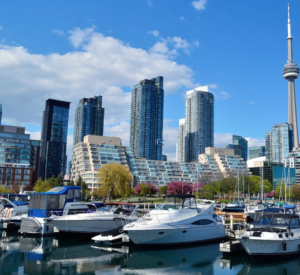 Both Toronto and New York City are the most populous cities in their respective countries. From 2010 to 2016, New York City’s population grew at a rate of 4.4 percent, increasing from 8.17 million to 8.53 million.

The Toronto metropolitan area’s population grew more, but not by too much at a rather average 6.2%.

A rising population tends to correlate with rising home prices in any city, but there are few places where this correlation is stronger than Toronto.

In 2017, the Canadian city’s real estate prices increased by a whopping 8% for every 1% increase in the population.

But a 2% difference in population growth isn’t enough to completely explain why Toronto’s housing market has gotten so hot lately.

If the population isn’t the only reason for the housing market’s rapid growth, what else is?

At first glance, Toronto and New York City might seem like apples and oranges – with only a quarter of the population and none of the New York’s glamorous reputation, how can the two cities even compare? What is it that’s driving Toronto’s population growth?

The short answer is a higher quality of life. Toronto is hailed as the world’s most livable city, ranking above New York, Hong Kong, and Tokyo to sit at number one.

Better schools, hospitals, jobs, infrastructure, and high energy efficiency attract home buyers from around the world, which leads into the next reason why Toronto’s real estate market is becoming just as hot as New York City’s.

As Canada’s largest city and commercial capital, Toronto contributes 20% of the entire country’s GDP, a higher percentage than the entire state of New York combined.

This economic centralization will only make Toronto a more densely packed area in the future as more Canadians flock to the city for work. 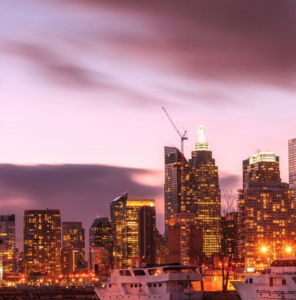 Because the city offers such a high quality of life, it’s attracted the interest of luxury buyers from around the world.

These foreign investments, often in the millions of dollars, are driving up average home prices across the board.

While New York City has a much larger luxury market, the price of real estate in that market has dropped in recent years.

A similar regulatory action cooled Vancouver’s housing market, and its effect on Toronto is expected to be the same.

Toronto’s red-hot real estate market can be partly explained by simple supply and demand – a lower inventory of homes in the metropolitan area leads to greater buyer demand.

In 2017, Toronto’s inventory hit an all-time low of 0.9 months – for reference, a “balanced” inventory is somewhere between 4 and 6 months, with anything more than 6 months considered a buyer’s market.

New York City’s inventory has also remained consistently low but has not experienced drops as low as Toronto has in recent years.

Another ingredient in Toronto’s recipe for a housing boom was low interest rates, which allowed Canadians to borrow more money with which to buy a home.

The increase to 1% has slowed the market down and lowered housing prices, but it’s not expected to deter the demand for homes in the coming year.

What This Means for Buyers and Sellers 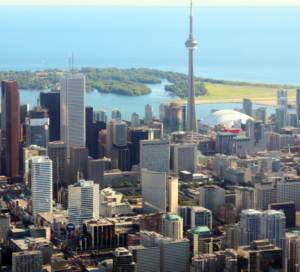 Obviously, if you’re looking to buy a home in the Greater Toronto Area, you’re not too happy about the average home price rising so much over the past year.

But for current homeowners in the city, especially those closest to downtown, the rising value of your home means that you sell or rent it for far more than you could a year ago.

While growth slowed during the second half of 2017, the Toronto Real Estate Board recently announced that the average selling price for the entire year was up 12.7% from 2016.

The Future of Toronto’s Housing Market

What does the future of Toronto’s real estate market hold? Is this red-hot market going to burst into flames, or is it set to fizzle out?

No matter what the outcome, one thing is certain – housing prices can’t keep going up forever and ever. As supply does inevitably catch up to demand, growth begins slow – and in Toronto, it already has.

Due to a variety of factors, the month of December in 2017 only saw growth up 0.7 from the same month the year before.

But it’s typical for home prices to be higher in the spring and summer months and lower in the fall and winter months, so is this slow growth nothing out of the ordinary or a sign of things to come?

When it comes to the future, market analysts are all over the place. No one can say for certain what the market for homes in Toronto or New York City will be like in 2018.

Some warn that a devastating bubble burst is around the corner, with others predicting five consecutive years of steady growth in the Canadian city’s future.

But while predictions about the market’s future may differ, it’s clear that Toronto is a global city with great potential. Visit us again at the1yongecondos.com fore more news like this.