Is Canada in a Real Estate Bubble? What Will Happen When It Bursts?

By Andrew Johnson Real Estate Jan 06, 2018 No Comments on Is Canada in a Real Estate Bubble? What Will Happen When It Bursts?

The year 2017 was a whirlwind year for the Canadian real estate market. The first half of the year saw home prices soar, and the second half saw them drop quickly. For years, analysts have feared that Canada’s real estate market may be in a bubble and that these price drops are the first warnings of a major burst.

But is Canada’s real estate market truly in a bubble? And if it is, what can Canadian homeowners and home buyers expect to happen if that bubble bursts?

What History Tells Us 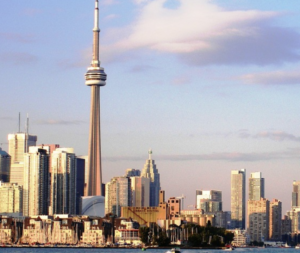 It’s much easier to understand how a housing market crashes in hindsight than it is to predict a future crash. Take the Toronto bubble burst of 1989 for example – in the 1980s, the city was growing like never before.

Demand for housing was extremely high, and that combined with low inventory made prices skyrocket over a very short period of time.

To try and meet the demand for housing, condos sprang up like wildfire. T

hinking they could turn a profit in what seemed like a hot market where prices kept going up and up, people bought up these condos with the intention of selling them for more.

But when interest rates rose and prices started to fall, people began selling out of fear. By 1996, prices had fallen as low as 40%, leaving thousands with underwater mortgages.

The same people who thought they could make a quick buck ended up losing money in the long run.

The Effects of a Housing Market Crash

Despite what some economists might suggest, most agree that Canada’s current housing market doesn’t exactly resemble that of the late 80s. But if Canada’s real estate market did suffer a crash like the one in 1989 today, what would happen? While no one knows for sure given the unpredictable nature of these bubbles, we can offer a general idea of what happens to an economy in this situation.

For starters, a housing crash effects far more than just homes. When people are tied to large mortgages on homes that are worth less than they paid for, they spend less, and the economy slows as a result. The first jobs to go are, unsurprisingly, in construction and real estate, but joblessness soon becomes a problem across a wide range of industries.

The Great Recession that occurred in the United States between 2007 and 2009 is an example of just how much damage a housing crisis can do to a country. In that two-year period, the unemployment rose from 4.7% to 10%, and recovery after the recession was slow – the number of jobs lost during the recession was not fully recovered until 2014.

Is Canada in a Bubble? 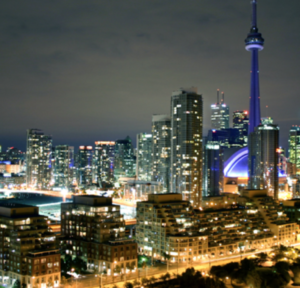 The devastating effects of a housing market crash make the thought of a Canadian real estate bubble even more alarming. But is the market truly in a bubble right now, and how do we know?

At the start of 2017, Canada’s housing market was certainly showing all the telltale signs. Foreign home buyers were investing millions in luxury homes, low inventory and high demand for housing pushed home values up more than 22% in Toronto and more than 33% in Vancouver.

Over the past two decades, Canada’s price-to-income and price-to-rent ratios have risen faster than in nearly any other developed country on Earth.

However, government intervention in the form of increased interest rates and other regulations has brought the prices of homes back down.

Two 0.25% increases in Toronto, one during the summer and one in the fall, saw Canada’s home prices fall so low that many feared it to be the start of a bubble burst.

But so far, the market has remained stable not just in Toronto but across the country, leading many to believe that Canada’s bubble has vanished – for now.

How Likely Is a Canadian Housing Crash?

The good news is that most analysts agree that a doomsday housing market crash is not very likely. Unlike US banks during the 2006 housing crash, Canadian banks are behaving more cautiously, trying to slow the rise of home prices with regulatory action.

And while it’s true that Canada’s real estate market has slowed some in recent months, that doesn’t mean that the market isn’t strong. While economists agree that a high interest rate environment contributed to the 2006 US crash and following the recession, those worried about the effect of higher interest rates in Toronto only should look to Vancouver for reassurance.

In 2016, similar interest rate hikes were passed there, and Vancouver experienced a price decline just like the one Toronto is experiencing now. But the decline was not the plummet many feared it would be, and after a short period of about 10 months or so, the market stabilized and prices began to rise once more. The Toronto market is expected to have a similarly soft landing as prices balance out in the coming months.

How Can Canada Prevent a Bubble Burst? 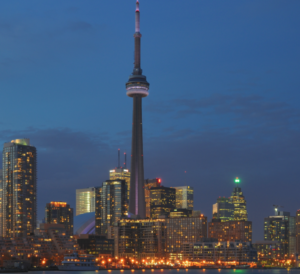 After all, preventing a housing crisis is much less costly than rebuilding after an economic recession.

So what steps can Canada take to keep its real estate market healthy?

Keeping the market in check requires a delicate regulatory hand.

So far, Canada has done this well – in the first half of 2017 when prices were still surging, opinion pieces claiming that the country was in a bubble undoubtedly doomed to burst flooded the internet.

But thanks to some small adjustments to existing rules, such as closing tax loopholes on foreign investors and tightening mortgage eligibility, the country has managed to cool its hot market while making sure borrowers are able to manage their mortgages at higher rates.

You can try to predict the future of a real estate market based on past trends, but no one can truly say for certain that they know what Canada’s housing future holds. The best we can do is prepare for the worst and do our best to avoid making the same mistakes twice.

For the most part, economists predict 2018 to be a year of correction. The market will continue to cool due to higher interest rates, prices will drop slightly, but the devastating crash so many feared was coming doesn’t appear to be coming to Canada anytime soon. Visit our homepage to stay up to date on exciting stories like this.